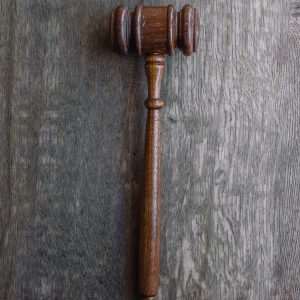 I. Material breach A material breach of contract is a breach of a fundamental or material provision in the contract. Fundamental or material provisions in a contract are the provisions that are either specified in the contract as material or that make up the primary purpose of the contract. Some factors courts consider when evaluating a potential material breach include: Minor breach A minor breach is a breach of contract that does not amount to a material breach or that can be cured without terminating a contract. A good example of this is long-term installment contracts: delivering a slightly reduced number of goods or producing goods a few days late may be considered a minor breach in installment contracts because the deficiency can be remedied by either monetary compensation or with an increase in volume delivered with the next installment. Anticipatory breach Anticipatory breach is when a contracting party expresses their intent to breach the contract. This may be an inability to perform a contract term or, after further evaluation, an unwillingness to comply with the agreement.

Legal consequences and liability for breach of contract

The money damages available for a material breach include:

The purpose of money damages for a breach of contract claim is to put the non breaching party in the position they would have been in if the contract had been fully performed without a breach. Each party is intended to receive the benefit of their bargain. Contract claims are not intended to punish breaching parties. This is why punitive damages are not available unless a breach was committed willfully and in bad faith, which is a difficult standard to prove in court. Furthermore, the law believes that each side has the opportunity to bargain for the allowance of attorney’s fees. Therefore, if the agreement lacks reference to attorney’s fees, then each side must bear the cost of their litigation.

Lost volume seller is a legal term for a seller of goods that has a seemingly infinite supply of goods. When a supplier has an infinite supply of goods, it is not a sufficient remedy for them to take the same goods and sell them to a different buyer. This is because that seller has the capability to take a new set of the same goods, sell it to the new buyer, and obtain even more profits. In this case, a lost volume seller may recover the lost profits of the sale from the breaching party.

When a breach of contract occurs, there is a time between the breach itself and the filing of a lawsuit. During this time, damages may continue to arise. For example, if an employee is terminated and sues for breach of contract, they may not have a new job by the time a court hears the case. In this circumstance, the former employee would continue to suffer damages in lost wages. The law imposes a duty on non breaching party to make reasonable efforts to mitigate damages. Mitigating damages means making an effort to reduce the total losses. If the former employee doesn’t even try to find a new job, their total damages will be reduced because they did not make reasonable efforts to mitigate damages.

Consulting a breach of contract attorney

You should consult with an attorney as soon as you think you may face a breach of contract. Often times, the contract itself has specific requirements for handling a breach including notice requirements, arbitration, mediation, limitation of remedies, etc. Make sure you understand your rights and obligations fully so that you can take the appropriate action. As an attorney, my law practice revolves around breaches of contract. Contact me today for a free consultation about your contract.

Do you want to make your life easier?

Hey, I'm Joe Collier. I help businesses make their legal problems easier, and I want to do the same for you.

I went to law school at Capital University in downtown Columbus. There, I became the first person in school history to graduate the program (a 3-year program) in just 2 years while on the Dean’s list. I started my firm straight out of law school after marrying my beautiful wife and passing the bar exam. Now, I represent businesses in litigation, draft transactional documents, provide legal advise to business owners, and represent them in transactional negotiations.

Do you want to make your life easier?

Hey, I'm Joe Collier. I help businesses make their legal problems easier, and I want to do the same for you.